Why Do Yorkie Dogs Lick You and How Can I Stop It?

Dog owners suggest that dogs lick more often. Most of them believe that it is a sign of affection and love and therefore they call it giving kisses. Some people like this behavior while some others disgust it. In most cases, it is a behavior developed over a long period and becomes a part of your dog’s life. A vast diversity exists in this behavior; some dogs lick more than the others while others don’t lick at all.

You may think, why is there such diversity?

Does licking mean something?

Do dogs lick on purpose, or is it just their instinct?

We can speculate the reasons behind this behavior as it is difficult to give a verdict.

Dogs Lick Out of Affection

Mothers lick their puppies for grooming, and dogs may have learned this behavior as an expression of love. Dogs may lick your face if they can quickly get there; otherwise, they lick anywhere they find a patch of skin. It can be your arm, leg, hand, or feet. If your dog does not lick you at all, you should not think that it does love you.

Some dogs have learned differently to express love and affection. Or they may not prefer to lick, but they love you and express it differently. Licking is not considered a problem unless it starts annoying you or you are just bored of it. Knowing the exact reason for licking may change your perspective about your furry friend. 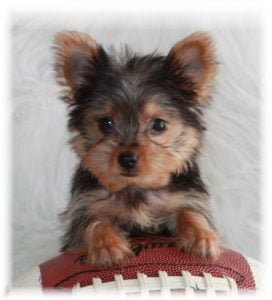 Dogs Lick Because They are Seeking Attention

Another reason for licking can be attention-seeking. What matters for every behavior to go on repetitively is the reinforcing factor. Your laugh, attention, eye contact, petting, or other behavior can reinforce licking. Even negative attention can reinforce it. For example, if you try to stop your dog from licking you, you are giving attention even then.

Dogs Lick Because it’s in the Genes

Mother wolves regurgitate after the hunt and allow her kids to eat from her mouth. As dogs have originated from wolves, they may have this behavior in their genes, and they repeat it as their instinct. Whatever the reason is, a behavior only sustains when it is reinforced. Therefore, it may be your attention, love, or affection that is causing your dog to lick more often.

Why Do Dogs Lick You A lot?

Many people wonder why do dogs lick you so much. The most common reason is affection, but sometimes, this behavior can also be an indication of discomfort. Sydney Bartson Queen, a senior manager in the behavioral sciences department of the ASPCA, explained that dogs lick for various reasons.

One reason dogs lick you is to show affection, but the truth is that they do it for many other reasons. They might be trying to gain your affection, or they may just be trying to figure out where their next meal is. If your dog licks you a lot, it may be a sign that you’re the pack leader. Regardless of the reason, your dog is trying to communicate with you.

A dog’s lick may also be a sign of respect. A dog’s licking of your face may be a signal of its affection, but it’s also a way of letting you know that it is the pack leader. It’s important to remember that dogs don’t need a reason to lick you – they just enjoy the feeling. It’s best to be aware of it.